It was with great sadness I learnt of the passing of Dorothy Quelch (Ardquin).  Dorothy would have been 95 years old on 29th January 2017and had recently moved from Ross-on-Wye to live with her son Simon and his family in Essex.  Dorothy met John Quelch whilst he was in the RAF and married in 1947, unfortunately John passed away in June 2012.  She registered the Ardquin affix in 1964 and started showing Poodles, then Cockers Spaniels.  In 1968 she bought her first American Cocker Spaniel, awarding her first challenge certificates in 1976 and judging at CRUFTS in 1982.  In 1986 she owned and handled the Gundog group winner at Three Counties Show with her homebred black and tan dog Sh Ch Ardquin Biggles Esquire (Sh Ch Ardquin Mimantan x Ardquin Star Appeal).  Dorothy still had an interest in American Cockers owning a dog in partnership with Jackie Hill, Fielgar American Cockers.

In the early 1980’s Dorothy showed an interest in the Lhasa Apso and handled dogs for Phillipa Luiz (Parlu).  Since those early days she has been a regular in the ring and at the ringside.  Her first Breed Club judging appointment was in 1992 for the Lhasa Apso Club awarding her first C.C’s in Lhasa Apsos at Three Counties in 1993, in 2006 Dorothy was one of the three judges at the Lhasa Apso Inter-Club Memorial Gala competition, she decided to retire from judging in 2009.  Dorothy was a founder member and Vice President of the Lhasa Apso Association of Wales and South West, and was a great help to me when I took over as club secretary always willing to talks about dogs and shows and gave her experience freely.  She is also patron of Gloucester and District Canine Society.  In 2011 our judge for our November Championship was unwell and Dorothy fortunately agreed to come out of retirement and judge our show. 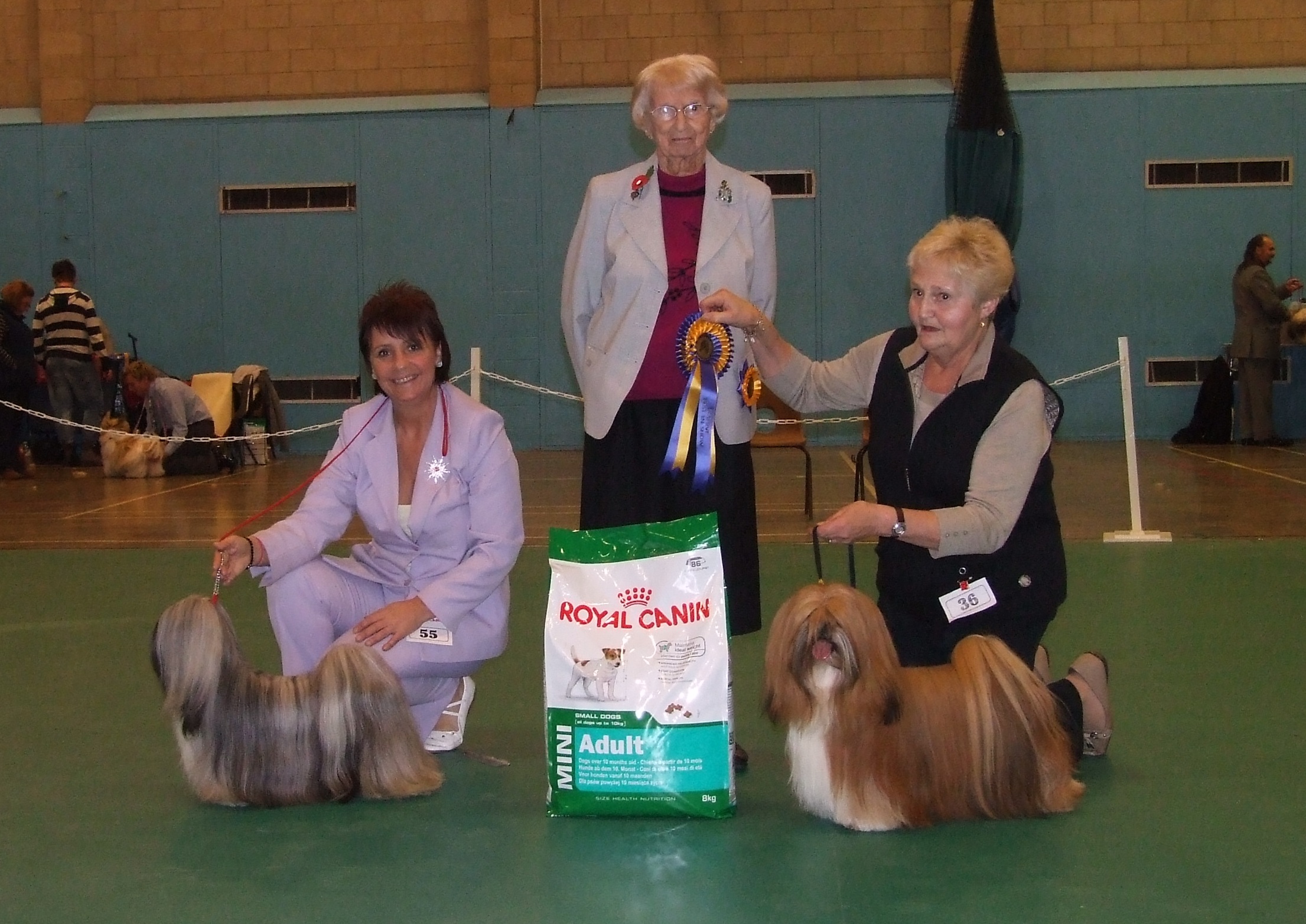 Dorothy and John were a great help when Lhasa Apsos realised that they had GPRA, having had previous experience of this disease in American Cockers, she helped with fundraising for this and I know that she has been a great supporter “HART” in the Himalayas.  Dorothy had a fair amount of success in the showring, her special boy was Danny aka Kutani Lionheart for Ardquin who loved the showring, gained 1C.C. with BOB and five res C.C’s.  he sired five Champions in this country and was top Lhasa Apso Stud in 2004.  Our thoughts are with Dorothy’s family and friends at this sad time.


IT IS WITH great regret that I report the passing of Rob Richardson (one of our Vice President's) of the World famous Belazieth kennel, following illness.  Rob had his 77th birthday on Saturday 14th November and passed away two days later.  Our thoughts are with his wife Doreen, son Paul and daughter Josie, his five grandchildren and three great grandchildren.  Rob and Doreen had been married for 54 years. 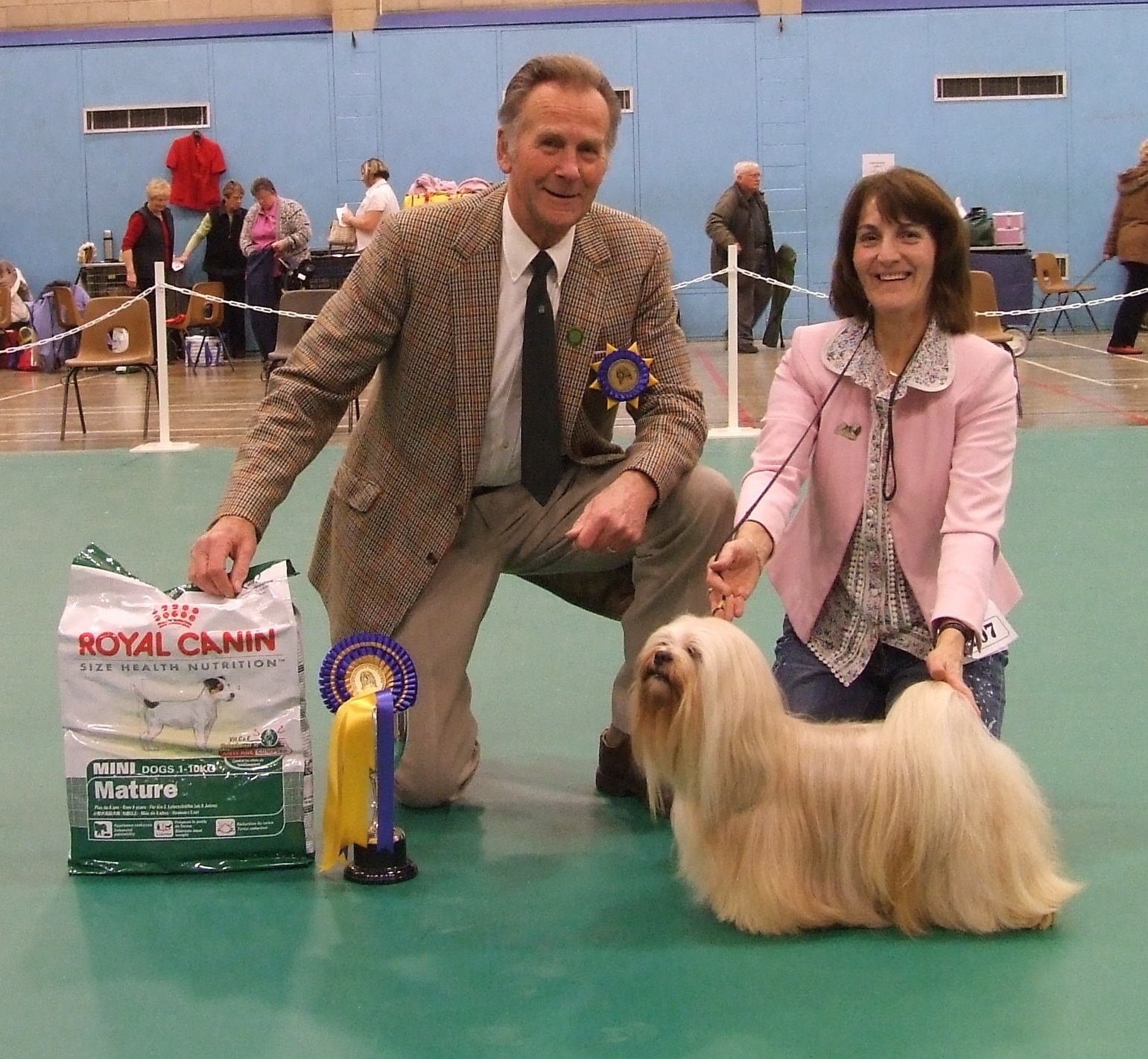 Their first Lhasa Apso was a bitch Hardacre Gloria of Belazieth (a Ch Brackenbury Gunga Din of Verles daughter) bred by the late Anne Matthews. Rob then bought Hardacre Hitchcock of Belazieth (George) for Doreen as an anniversary present.  George was handled by Rob and in 1971 he was made up and won BIS at the Sutton International Open Show, to name just one of his 27 BIS at all breed Open Shows.  It was in 71 that he was runner up in the St Aubrey/Dog World Dog of the Year competition.  During George’s career he won 10 C.C’s and was leading sire for 1973 and 1975.

Rob was an excellent handler and it was with a George son namely Ch Belazieth’s Malcom that he won Reserve BIS at LKA in 1977 at Olympia.  Malcolm sired Ch Belazieth Salt-n-Pepper who gained 18 C.C’s and sired at least 16 champions in this country and overseas.  In the late 70’s Rob and Doreen went to America and brought home Marlo’s Free-N-Easy of Belazieth and Marlo’s Clementine who were of pure U.S.A. Hamilton stock.  Clementine was in whelp and produced Ch Belazieth’s Nice ‘N’ Easy who was the first American Bred English Champion, she went on to produce three more champions to different dogs.  There have been 23 Belazieth Lhasa Apso Champions in this country (17 bred by Rob and Doreen and 6 others owned by them) and several Champions to carry the Belazieth affix overseas.

Rob first gave C.C’s in the Breed at Richmond 1974, he judged at the Lhasa Apso Club Championship Show in 1978 where his BOB was Ch Peckham of Saxonsprings and his Bitch C.C. was Ch Piplaurie Isa Petal.  He judged CRUFTS in 1987 were his Dog C.C. and BOB winner was Ch Lingstoc Midas and his Bitch C.C. winner was Ch Timazinti Clemenciae at Sudek.  In 2008 Rob judged the Lhasa Apso Association of Wales and South West’s second championship Show where he found his BIS in Ch Deelayne Zaar Too Busy and RBIS in Ch Timazinti Molly.  He awarded C.C’s for what was to be the last time in 2011 at the South East Lhasa Apso Society Championship Show where he gave the Dog C.C. and BIS to Dimara Top O'Th Mornin and the bitch C.C. to Chanceinn's Wizza Dora JW (both later made up).  Rob was a “stock” man and had an eye for a good dog.
He will be much missed and remembered with affection.

The Association produces newsletters to the membership:

Important note: Adobe PDF (Portable Document Format) files are a special format for document distribution that retains all formatting, so that the documents can be viewed and printed independently of the original package from which they were created. Before you can view or print PDF files you must install the Adobe Acrobat Reader (version 4.0). The Acrobat Reader is available for free from the Adobe Systems web site (download from www.adobe.com/products/acrobat/readstep.html).